So, getting back to wedding dresses. Those of your who read my Wedding Twins post last week were probably wondering why I haven’t ordered a dress yet, especially since I’ve been chomping at the bit to get married for the past, well, a long time.

But, if you’ve been with me since the beginning (or at least since I was featured on Good Morning America as their token “Single Bridezilla”), you know that I already have 2 wedding dresses. That’s right folks: 2, you can read all about them (and the rationale behind them) here.

One is my paternal grandmother’s; she died years ago and the gown was passed down to me from my father’s youngest sister, who wore the gown for her first wedding. It’s a beautiful satin gown from the 1940s with long sleeves and a gorgeous train and, because my grandmother was rather busty, it actually fits (which is unusual for me and my gigantic ribs when it comes to vintage dresses).

(Said ribs really give me an edge in yoga though. I can say “om” longer than any of my classmates. Not that’s it competition…) 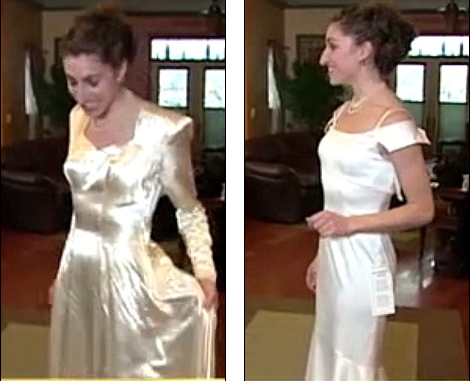 Anyway, I was told I could do whatever I wanted with the gown (which is shown on the left above) in terms of alternations, provided they were done with respect, but my dream dress isn’t from the 1940s. It’s from the 1930s, and if you know anything about vintage fashion, you know that this is a huge difference, and that you can’t easily reverse those crucial ten years in between. 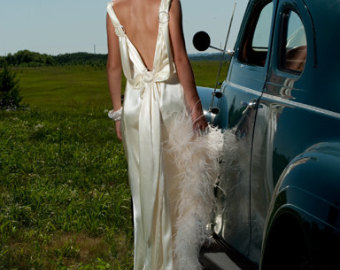 I mean, you could—anything is possible with a good tailor, and in South Philly, there are plenty—but you can’t do it respectfully. And the historic preservationist in me just couldn’t pull the plug. Besides, a fitted satin gown with a sweetheart neckline and shoulder pads will never become the sleek, bias cut sheath that you’ve had your heart set on ever since you became an official costume history nerd in 7th grade and starting drooling over Janet Arnold’s Patterns of Fashion… 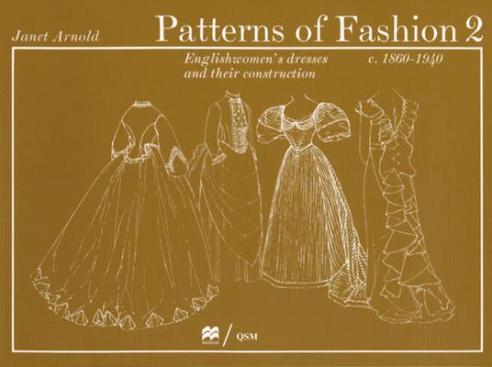 But before I get started on dear Janet though, let’s talk about Dress #2 for a minute.

Dress #2 (which is pictured on the right at the top of this post) was the steal of century. Seriously. It was $12. Although I should probably say the “the steal of the last century” because I bought it years ago when I was still dating anything with a pulse…

It’s a great dress though; it was great then and, unlike my confirmation dress (which I also purchased years before the event in question), it is still great today.

It’s a fit-n-flare (which I feel comfortable discussing on my blog because PIC doesn’t know what this means) and it’s– dare I say it?– rather timeless.

That’s right folks: I scored a timeless, brand-spanking-new wedding gown at a bargain basement in South Philly for $12.

I’m pretty sure it’s in my blood…

Anyway, the only problem with Dress #2 is that it’s not my dream dress. It’s just a good enough dress that I bought as a back up. I figured I could wear it to a Halloween party someday if worse come to worst, and there’s no way that I, Kat Richter, reformed manthropologist, amateur costume historian, and once-aspiring fashion designer, can wear a $12 could-be-a-Halloween-costume-gown to my wedding.

This, on the other hand is my dream dress. Courtesy of Miss Arnold: 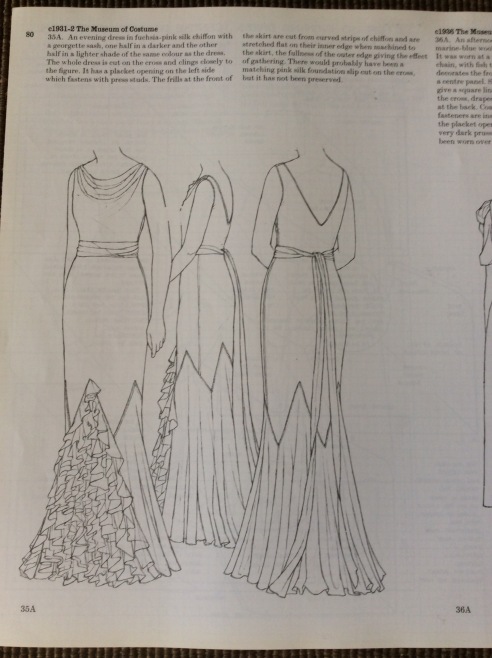 The only problem with Janet Arnold dresses is that they’re a wee bit tricky. By which I mean you can’t just pop over to your local JoAnn Fabrics, grab an It’s-Sew-Easy pattern, and get to work. Instead you have to scale the patterns up from those printed in her books. Then you have to make a muslin mock up and fit it to yourself. Then and only then can you select your actual fabric and get started. 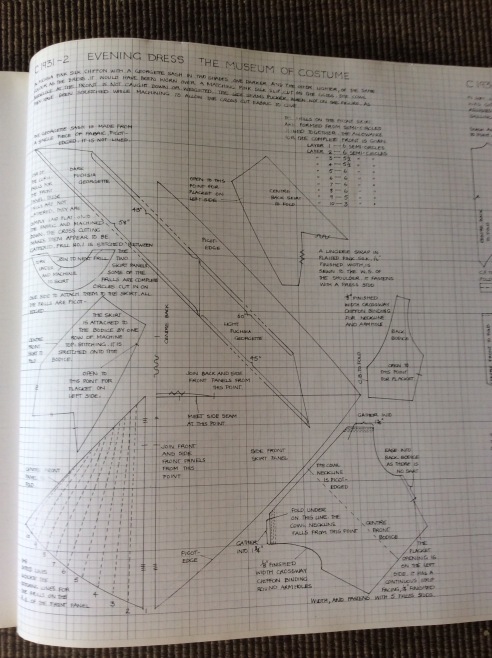 It’s not impossible but it’s difficult. And by “difficult,” what I really mean if meltdown-inducing.

Plus, I’ve never seen the actual gown off of which this pattern is based and its hard to tell from a black and white illustration. I did some googling to see if anyone had reconstructed the dress and found this, which was created by a woman named Kate Natlie Cox: 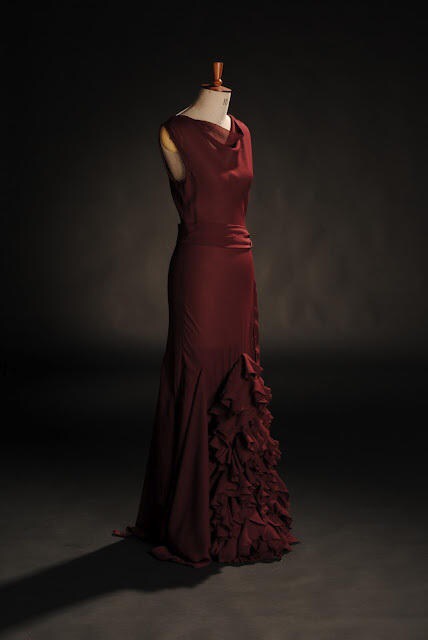 It looks great (she did a fantastic job) but even so, there are a lot of weird wrinkly bits. And although I know that weird wrinkly bits are par for the course with this type of gown, I don’t want them. And I’m pretty sure my version would be even weirder and wrinklier.

My version would probably end up looking like this: 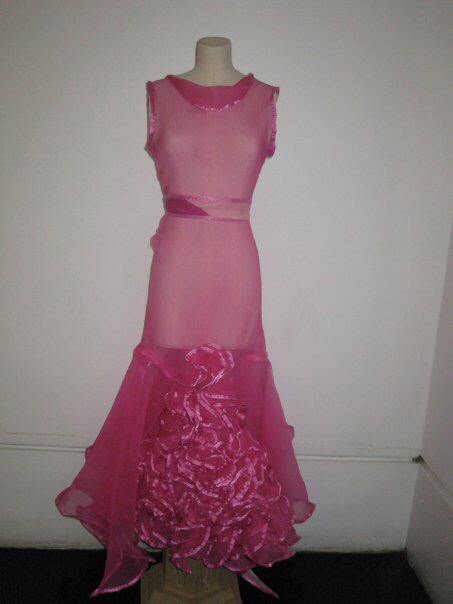 And although this is a valiant effort, no. Just no.

So stay turned folks, because this whole dress thing is turner out to be a bit harder than I thought it would be.