I like to think of myself as feminist. Some days I even think I’m a good feminist, but when it comes to getting engaged, I find myself sending PIC both subliminal and not so subliminal messages to just hurry up and ask me already before I turn 30!!! 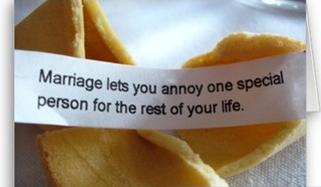 He met with my parents to ask for my hand back in March.

And he’s had a ring since shortly thereafter.

Granted, it was family ring and my request for a different shank (which is, I’ve since learned, what the jewelry world calls the “band”) turned into a long and drawn out quest for additional stones (PIC’s idea), and conflict free, ethically sourced or reclaimed precious metals (my idea).

As far as I know, the ring is now somewhere inside the house (I stumbled upon a small box in PIC’s underwear drawer a few weeks ago).

(And no, before you ask, I wasn’t snooping. I was putting away laundry and he was sitting like five feet away from me the whole time).

But the question itself has yet to be popped.

Which means I’ve spent the past few weeks on hyper alert.

But it didn’t happen.

A few weeks later, when I attempted to slip my hand behind his back and into his pocket at U2 concert and he pulled my hand to his hip instead, I thought, “Oh my God, he has the ring in his pocket! He’s going to propose to me at Madison Square Garden! Maybe our names will go up on the screen. Maybe we’ll get to meet Bono!”

But it didn’t happen.

Even last night when he said he had to run upstairs to “get something,” I found myself thinking, “Well, this is an odd choice for a proposal… seeing as we were both testy at dinner and have spent all evening cleaning the basement but okay.”

Once again, though, I was mistaken. He was getting wood cleaner to wipe down the basement steps.

And so, the wait continues.

16 Responses to “The Rather Anti-Feminist Waiting Game”