From Bizet’s Carmen to Washington Irving’s Tales of the Alhambra, the lure of Spain’s Andalucía region has captivated travelers from around the world for centuries.  There is something captivating about the dry, arid region, where grandiose centuries-old cathedrals in Seville are surpassed in beauty only by the even older Islamic palaces.  Southern Spain, despite the seemingly relentless heat, has a romance to it, a mysterious exoticism that is difficult to experience anywhere else in Europe. But in order to capture the fleeting flamenco spirit, to summon the powerful force known as the duende, you have to know where to look. 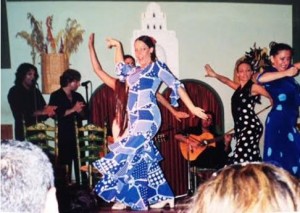 Madrid has everything that a great European capital should have: grand piazzas, world class museums, impressive historic sites and more. Barcelona is its avant-garde counterpoint, an inspiring celebration of modern art and architecture, of curves and bold colors.  But Seville, with its close proximity to Granada and the famous Alhambra, is the fourth largest city in Spain and easily my favorite.

History: This is, in part, because of its history.  Seville, locally known as Sevilla, is a European melting pot […].

To read the rest of this piece, head on over to Travelhoppers.