Ladies (and gentleman, I suppose), a girl’s got to have standards. Which is why, when the European texted me to say that the “the 76” was backed up just a few minutes before we were supposed to meet at Franklin Square for our first date, I started counting. 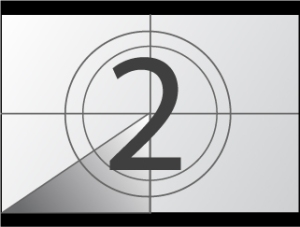 First of all, “the 76” is always backed up, and if you live in Philadelphia or any of the surrounding suburbs you know this. My dancers use this excuse all the time when they’re late to rehearsal and in my head I’m always like, “Really? Did you just move here? No. You know better. Leave earlier next time.”

Secondly, I had spent the afternoon with a friend who was dog sitting for her aunt and even though I didn’t want to tear myself away from the sangria, the gossip and… oh yeah… the pool, I did, because I had made a commitment. And when it comes to Center City Philadelphia, the only thing that’s worse than the traffic is the parking.

At any rate, I found a fabulous parking spot and positioned myself on a bench across from the fountain. A few minutes later, I received another series of texts: he was so sorry, but he couldn’t find the parking garage. Then he found the parking garage but discovered it was cash only.

I sighed. And repositioned myself. It’s not easy to maintain a position of graceful composure on a park bench for more than a few minutes, especially when you’re wearing a dress that is very pretty but makes breathing virtually impossible.

And run he did.

He made it with two minutes to spare.

A round of golf, a speakeasy in Chinatown, far too many fancy cocktails and six hours later, we were walking back through Franklin Square to my car when a man seated on the very same bench called out to us: he and “his girl” were doing shots to celebrate her return to college and they wanted us to join them for some gluten-free vodka.

“Sure,” my date agreed. “How are we doing this? Do we have glasses?”

The man on the bench laughed and replied, “No. We’re doing this O.G.”

I could feel my street cred begin to rise. Exponentially.

We passed the bottle around and each took a swig. I stopped after the first round, since I’d already had three and half drinks and still had to drive home, but my date and the man on the bench kept right on drinking, getting more and more animated about the World Cup as they went.

“I am going to South Street to watch the Germany game on Monday,” he announced. Then, slipping his arm around my back, he said rather sheepishly, “Maybe she will come with me.”

The man on the bench laughed “You’d better ask her!”

So he asked. And I said yes.

“This is our first date,” he explained. “We met a few hours ago. I was late, and this woman…” he paused to kiss me. “She almost left.”

“You have to teach people how to treat you!” I shot back. Then, deciding it was a teachable moment I caught the eye of the girl on the bench and assumed my very best Senior Adjunct voice. “You have the lay the foundation, set the ground rules. And half an hour is my limit.”

“Well I made it,” my date announced triumphantly.

“With two minutes to spare,” I reminded him.

“Well I am glad you waited.”