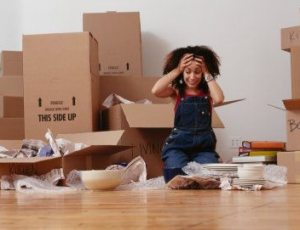 I’m ogling bedspreads at Ikea when it finally hits me: I’m staying.

Not moving back to London.

It’s like a brick.  And not because it hurts but because it’s so solid, so certain, so “Duh!  Where have you been for the past three years?  You’re holding auditions for a freaking dance company tomorrow!”

For the longest time I’ve kept my passport in my desk drawer, ready to go at a moment’s notice.  I still have my NHS card, my Oyster card, even the top up card for my mobile phone and the phone itself tucked into an old makeup bag for safe keeping with the remaining pounds I brought home from my last trip across the pond.

In the three years that have passed since I completed my MA and moved back to the US, I haven’t bothered to close out my Barclay’s account or even to transfer funds.  (The damn thing was so difficult to open that I’ll probably never actually close it but I should probably do something about the money I have just sitting there…)

I haven’t unsubscribed from any of the mailing lists I signed up for in London: The Victoria and Albert Museum, the London Tap Jam, the Young Friends General Meeting, the Oxford Historical Dance Society… and those are just the ones I can think of off the top of my head.

Worse still, I’ve been living in my parents’ house like a squatter, finally unpacked but still not entirely settled.  My bedroom is like a college dorm meets office meets closet meets craft room meets bookshop.  And even though I’ve finally parted with the linen, Pepto Bismol pink mini-skirt that seemed like such a good idea at the time when I first laid my eyes upon it at the Oxford Town Center three summers ago, I haven’t bothered to buy a proper headboard.  Or matching sheets for that matter.

My room is still the same color it’s been since college and my three bedroom windows have three different types of curtains: one set of sheer hot pink, one set of thick white cotton and finally a cheap rolling blinds behind my desk where I can hardly reach it.  Nothing matches because I used leftover paint from the rest of the house to paint my room so two walls are blue-blue, two walls are purple-blue and two walls are white-blue (yes, my room has six walls… don’t ask).

But I wasn’t going to stay, so it didn’t matter.

Now thought, the more I think about it, the more it bothers me.  I’m not moving back to London.  At least not any time soon.  And that was always my excuse for not spending money on new things.  (And more importantly, that was always my excuse for not bothering to meet new people, for not going on auditions, for not starting a dance company, for not trying harder to do the things I’ve always wanted to do.)

So I’m staying.  And now that I’m clear on that, it’s time to stop living in such a mismatched hovel and get myself some proper bedding!

16 Responses to “A Revelation in Ikea”