I like hardware stores but sometimes I wish they were just a bit less organized. Hear me out. One time, a while back when I was still living with my parents, my dad sent me to Lowes to pick up some mouse traps. I tried to find them without the help of a sales associate because mouse traps are like condoms—something you’d rather purchase without the entire world knowing what you’re up to—but I was unsuccessful and finally had to ask.

No sooner had I entered the aisle than an elderly gentleman announced, out of the blue, that this was his first time having to buy mouse traps. “They like peanut butter,” he told me. “That’s what my wife said.”

I nodded, eager to make my selection and get the hell out of there, but he continued. I’m not sure if he’d just survived a plane crash and was desperate for conversation after, say, three years on a deserted island, or if he was simply trying to prove to me that he doesn’t usually have mice, that this was a one-time occurrence and that he is a perfectly upstanding citizen, despite his presence in the mouse trap aisle.

I didn’t stay long enough to find out.

Well fast forward to last November: Tuesday, November 4, 2014 to be specific, a day which shall forever live in infamy as the-day-I-found-a-dead-roach-in-my -basement.

(Not to be confused with Wednesday, November 5, 2014 which was the-day-I-found-two-dead-roaches-in-my-basement-and-water-dripping-from-the-upstairs-bathroom-into-my-living-room). 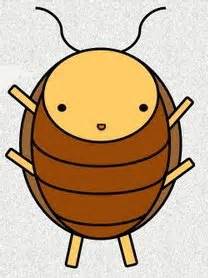 I went to Lowes, back to the aisle, and began perusing the shelves. Here is where we get to the bit about organization.

I am occasionally a bit messy, but there is a difference between messy and dirty and I am not the latter. I clean my counters, I don’t leave dishes in the sink over night anymore, and I use chip clips or Tupperware for everything. So how the hell do I have roaches???

I would feel much more comfortable in the aisle if they had other things there too. Like fancy tile back splashes or chic track lighting. This way people would see me and think, “Wow, she has great taste!” and not, “Roach poison? She’s obviously some sort of crack whore who can’t keep a clean house.”

I am going to write to Lowes and suggest this to them. It would make the experience much less embarrassing.

In the meantime, I am pleased to report that my home has been vermin free since then (I wrote this post months ago but was too embarrassed to post it until I could be sure the coast was clear.)

13 Responses to “A Suggestion to Lowes Hardware”