Okay, now that we’ve gotten the real estate out of the way, let’s talk about men. As most of you know, I’ve always gone for older men. When I was in my early twenties, this translated to cars and proper houses and fancy dinners on Valentine’s Day—a reprieve, if you will, from my world of dining hall fare and college roommates.

Now that I am in my late twenties, however, this translates to a whole host of additional complications. Kids, for example. And ex-wives.

(I will let you guess which of these applies to The European, but I will say that at least it is only one and not both.)

One would think, having recognized this dilemma for the unchanging phenomenon that it is, that I would see the error of my ways and start dating men a little closer to my own age but I just can’t help it. With the complications, you see, come other things. Lovely things. 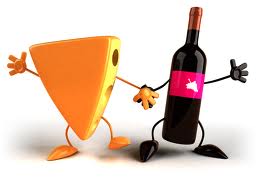 Last Thursday, for example, The European invited me to his house for the first time. He met me at the train station, escorted me to back to his house and began plying me with almonds and olives as soon as we arrived, served in proper little dishes with proper little skewers.

We started with boxed wine spritzers but he confessed that he’d brought a proper bottle for “later.” And by the time “later” rolled around (following a walk along the canal, dinner at the local brewery and some rather fancy fig cheese and crackers consumed alongside the fire pit in his backyard), I found myself surrounded by music and candles and the arms of a man who, despite all of his quirks, has his sh*t together.

It’s a nice change. Not that my previous older man didn’t have his sh*t together—he did—but The European has it together in an entirely different way: fancy shoes, expensive cologne, a seemingly endless knowledge of wine, intelligent books, a tastefully-decorated home, the most adorable boxer briefs, friendly neighbors to whom he actually talks, a nice cat, healthy eating habits, a career about which he’s passionate, hobbies that I don’t necessarily share but can at least respect (well, aside from the marathon running), and, last but not least, a very lovely bedroom and a very lovely bed.

I could spend hours in that bed.

Which I kind of did… and, now that I’m in a my late twenties, I even had the forethought to pack a toothbrush and a change of clothes just in case.

4 Responses to “The Trouble with Older Men”