So I’m on the phone with my new author friend, Tamara Duricka Johnson, (‘cause I’m cool like that) and she (being rather cool herself) asks, “Have you seen the November issue of The Atlantic?  I don’t usually read The Atlantic but I got a free trial subscription or something… anyway, there’s an essay I think you’d like.  It’s called ‘All the Single Ladies.’  Lots of anthropology.  Great blog fodder.  You should check it out.”

Well, there are few things that get me going more than a Beyoncé reference in conjunction with the social sciences—especially if I can blog about it! 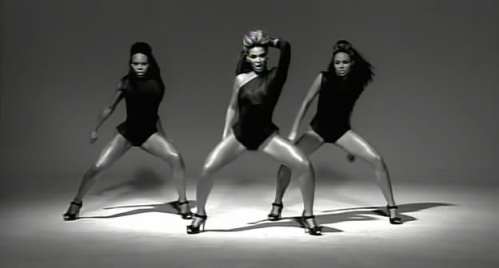 I am, after all, in dire need of new material.  I won’t be seeing The Wedding Date for another week and a half and Date #7, the man from across the state, is refusing to go quietly.  I suppose my nineteen-paragraph email didn’t really help matters but what can I say?  Brevity has never been my forte.  He has made several good points in response—points that make me say, “Hmmm… I hadn’t considered that angle” or “Sh*t!  How did he know that?”—but for every rational argument he’s made, he’s sent an equal number of late night texts, presumably with no other intent than to convince me that he really is certifiably insane and not worth another moment of my time.

(Seriously?  2:30 in the morning to tell me you’re “disappointed” in me?  Could that not wait until morning?)

Suffice it to say, I found myself needing to write about something else today, which brings me back to Beyoncé , Kate Bolick and ‘All the Single Ladies.’

This, according to the article, is what women like me are up against.

Recent years have seen an explosion of male joblessness and a steep decline in men’s life prospects that have disrupted the “romantic market” in ways that narrow a marriage-minded woman’s options: increasingly, her choice is between deadbeats (whose numbers are rising) and playboys (whose power is growing). But this strange state of affairs also presents an opportunity: as the economy evolves, it’s time to embrace new ideas about romance and family—and to acknowledge the end of “traditional” marriage as society’s highest ideal.

It’s a rather long piece so I’ll give you the highlights:

Granted, Bolick’s article was all over the place, and she kept harping on her ex-boyfriend, so I’m not ready to throw in the towel just because some journalist is calling for the end of marriage as we know it.

But (surely you had to see this coming…) maybe there is something to notion that these are, in fact, troubled times.  Are eligible bachelors headed for extinction and if so, what’s to become of all the single ladies like myself?

10 Responses to “All the Single Ladies (and the science to back it up?)”