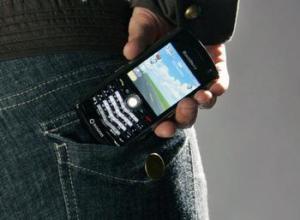 And then… he planted one on me.

But before I bring you all up to speed on my 51st date, I’d like to spare a few words for the subject of communication.  Honesty is important in all relationships—especially relationships that haven’t even begun.  As such, I’m slightly freaked out totally cool with the fact that Date #7 (aka the man from across the state) reads my blog.

The way I see it, this cuts out the need for those awkward “So yeah, I think I like you but I also think I kind of like this other guy,” conversations.  He knows what I’m up to, he knows how I feel about him and if/when he does finally make it out to Philadelphia, he’ll know what he’s getting himself into.

Chronicling one’s adventures in cyber chemistry on the internet, however, is a one way street.  Even though I see no need to stop dating other men until Date #7 and I actually meet, I wasn’t sure—until the weekend— if he felt the same way.

“So, how about you?” I ventured during our last conversation, the implication being you’re still seeing other people, right?

Despite his insistence to the contrary, I’ve always considered Date #7 to be a bit of a Pre-Raphaelite: overly cerebral, emotional, romantic to a fault and a bit too passionate (remember the Bovary Reading Bachelor?) not because I have any real evidence, mind you, but because he’s rather fond of the words “soul mate” and I’m not.

As such, I was greatly relieved to hear his response to my question: Yes, I’m going out with a woman tonight, actually.

Fantastic!  I mean, better than the alternative at least (the last thing I need is some Pre-Raphaelite across the state pinning his hopes and dreams on me before we’ve even met).

A few hours later, my cell phone rang.  It was him- sort of.

Reaching for my phone, I found myself thinking, “Well now, that was a short date!”  But the date wasn’t over—not yet.

Moral of the story?  If you’re going to accidentally dial a woman you’re interested in when you’re on a date with someone else, you’d better be open about the fact that you’re still seeing other people.  Because honesty makes all the difference between said woman flying off the handle (Who is she?  What does she look like? Do you like her???) and instead thinking “Oh my god, this is hysterical!  I can’t wait to blog about this.”

I’m sure I’m not the only one who’s ever found herself in this situation.  Any one else?  Funny (or not so funny) pocket call stories?  Leave ’em below!

PS: I’ve written a new piece on teaching for Philly’s online magazine, Metropolis.  It was rather heavily edited but still a good read if I do say so myself (not that I’m biased or anything…).  You can check it out here.

9 Responses to “He Called Me… By Accident”