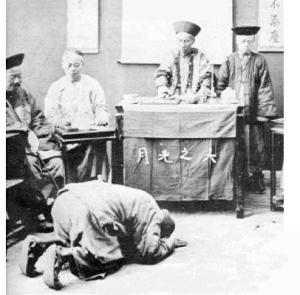 On the occasion of yet another afternoon’s humiliation suffered at the hands of Temple University, the anthropologist in me feels compelled to offer a few remarks on the difference between institutions of higher education in the country of my birth (the US) and those in the country of my choice (the UK).

(It’s either that, or smash something and seeing as I’m currently seated in a coffee shop drinking from a ceramic mug that’s not exactly mine, I should probably restrain myself.)

For the sake of providing the proper context for my “anthropological” observations, I should explain that a year ago, I got in touch with the chairwoman of Temple’s Dance Department to schedule an informational interview.

Despite the fact that I spend the majority of my time writing about text messages and high heels, I do occasionally aspire to greater things, i.e. a PhD.  My first choice would be to high tail it back to the UK for the continuation of my studies but I figured I owed to myself to make an educated decision.  (A decision, for example, based on factors other than, “The bus system is better in London” and “I like Sainsbury’s mint chocolate and boys with English accents.”)

The result of this “informational interview” was my being offered an adjunct position—a position which then vanished a week before the start of the semester, with nary an explanation.  (I was later told it was a “paperwork glitch” on the part of the administration, and no, there was nothing they could do about it.)

Seeing as I’d decided not to return to the UK in order to “launch” my academic career at Temple, I was devastated.  Beyond devastated, actually, but then got my act together, landed my job at The Preschool and realized that not teaching at Temple (and not moving back to the UK) would give me time to finish writing my book… but I hadn’t entirely given up on the idea of teaching.

As such, when my co-worker (who just so happens to teach at Temple in addition to The Preschool) informed me that she had to swing by campus on our way back to Sou’ Philly, I decided to “pop” up to the Dance Department to see my “favorite” department chair.

Unfortunately, she was less keen on seeing me.  By which I mean she told her secretary to send me away on the grounds that she was “busy” and would continue to be busy for the foreseeable future.  I wasn’t even allowed to schedule an appointment, and I still don’t know what I did or didn’t do or should do… hence the fact that I’ve decided to offer a “comparison” (as opposed to the vitriolic slaying I’d much rather compose).

In the UK, department chairs invite you to dinner in their homes, bring back chocolates from their travels abroad and greet you with an all-knowing look when you stumble into class late (having enjoyed yourself a little too fully at a Norwegian bachelor party the night before…) only to follow up with a discreet, “So, when will you see him again?”

In the US, department chairs invite you into their offices, tear your work apart in one breath and offer you a job in the next.  Then, when said job offer is revoked, they surround themselves with secretaries and receptionists and graduate students who carry their bags and fetch their 20 oz. cups of Starbucks peppermint tea at regular intervals throughout the day.

Being a rather keen observer of detail, I picked up on the peppermint tea thing right away: it comprises an essential component of the groveling required to gain an audience with Her Holiness at Temple and as such, I was willing to give it a shot.  But Her Holiness didn’t want my tea when I first offered to stop by Starbucks last summer (before the great debacle) and today, she didn’t even want me in her waiting room.

I realize, of course, that Temple University is not representative of the entire United States and, by that same token, nor is Roehampton University of the entire United Kingdom.  Furthermore, I’ve had some wonderful professors on both sides of the Atlantic but I can honestly say that I’ve never felt as small as I did when I finally quitted the dance office.

I felt as small as an ant, actually, and I was wearing heels.

9 Responses to “The Empire Strikes Back”