Fittingly, I’m on Day #1 of my period so I feel pretty disinclined to do anything anyway. By which I mean to say, “Down with patriarchy! Down with capitalism! Down with The Man! I’m not lifting a fucking finger, do you hear me???”

But I can’t actually strike because on Wednesday nights I teach 4 tap classes in a row and, in addition to the the fact that I’m paid hourly and can’t really afford to take another week off, my students have their first competition next weekend. By which (once again) I mean to say “Arts education is more important now than ever and it is especially important that we provide our young women with opportunities for creative expression.”

But it’s okay. Because I am definitely not going to fold laundry at any point today.

But I am definitely not going to go shopping.

But I will definitely not go out to eat afterwards, unless it’s at a minority or women-owned business.

Except that I teach in the suburbs and judging by the ungodly amounts of fascist  propaganda dotting the lawns that line my commute, there are no minorities and there are no women. (And if there are, they’re imbeciles…)

And scabs are THE WORST.

It makes you think, though, about the idea of intersectional feminism and white privilege and a whole host of related topics that others have already done a very good job writing about.

What concerns me, at least for the time being, however, is the feeling of guilt that myself and many educators, especially women, associate with “abandoning” our students. In the grand scheme of things, dance competitions are about as important as little league games. They mean the world at the time, but the chances of future employment or scholarships as a direct result are pretty much non-existent. 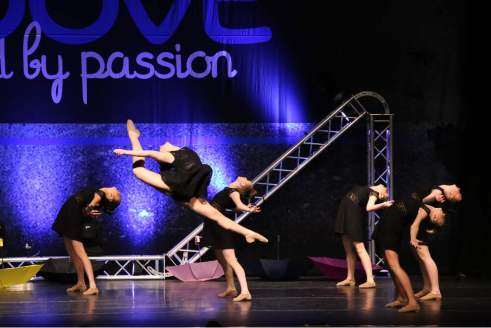 Still, I find myself saying, “Miss the last week of classes before competition? After I already had to miss last week? I wouldn’t dream of doing that to my students!”

A while back, an ex-boyfriend pointed out that my tendency towards altruism would forever allow others to take advantage of me. This pissed me off to no end, especially because he too was an educator and I felt he wasn’t self-sacrificing enough for such a role (another problem…) but eventually I stopped being pissed off long enough to realize there was some truth to his claim. It spurned me into making some tough decisions that ultimately worked out quite well for me, career-wise, including handing off the day-to-day operations of my dance company to an extremely capable managing director and– even more importantly– asking for a raise.

Of course, being that I’ve always worked about a bazillion jobs at a time, I had to ask for quite a few raises, and it took me a good year to get around to all of them because I’m a wimp and, go figure, this is an attribute that many women share when it comes to compensation…

All of my editors, however, agreed. The dean at the community college where I taught at the time (a woman), also agreed. The co-owner of studio where I’ll be teaching later tonight (also a woman) agreed, in fact she brought it up before I even asked. The director of another studio downtown (a man), however, refused, despite my perfectly rational argument.

And I have never, not even once, regretted this decision.

At any rate, I’ll be wearing red when I head into work tonight. It’s “Spirit Week” and the studio’s colors are red and black anyway so if any of the less-progressively minded parents think I’m trying to turn their daughters into bra-burning communists or some such, I’ll just feign ignorance. Or have, you know, an intelligent and ultimately inspiring conversation. We’ll see.

Having just remembered, however, that I work for a women-owned business where my employers have always treated me extremely well, I’m happy to be teaching tonight. In fact, I don’t feel like such a scab after all.

2 Responses to “Day Without a Woman: To Strike or Not to Strike?”