It’s almost here: the arrival of Pope Francis in the City the Brotherly Love. And in case you forget, I-95 is just brimming with billboards to welcome him. 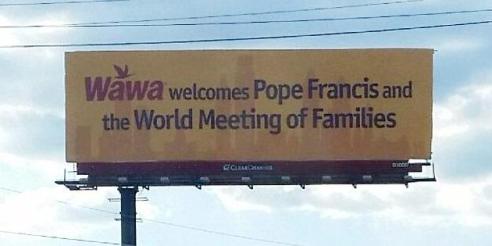 This makes me wonder: is Pope Francis, at any point in time, actually going to find himself driving (or being driven) down 95?

And if so, is he going to be driving the Pope Mobile?

And how fast does the Pope Mobile even go? Is that the reason they’re shutting down basically every highway on the Easter Seaboard?

The signs that really crack me up are the ones posted by dinky little churches that no one has ever heard of inviting Pope Francis to come and visit. Like yeah, he’s gonna be rolling down 95 in his Pope Mobile, see a sign and say, “Whoa there, fellows” (he’d say this in Latin of course) “Let’s take a little detour.”

Then his secret service folks (or whatever they’re called) will start freaking out because that means they’ll have to “secure the area” and they’ll all be wishing they could serve a nice, normal Pope: one who wears the red shoes without complaint and doesn’t question capitalism. Or remind us that climate change, actually, is not a political issue (or at least shouldn’t be). 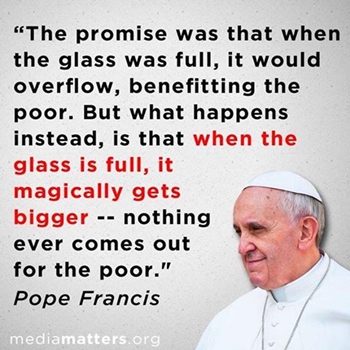 Then again, if any pope was gonna take a detour to visit a tiny little unknown church in North Philly, it would be this one.

Which is why I’m going to stop making fun of the Pope Mobile for a minute and post on final Francis meme on capitalism. Because he is totally, 100% correct. 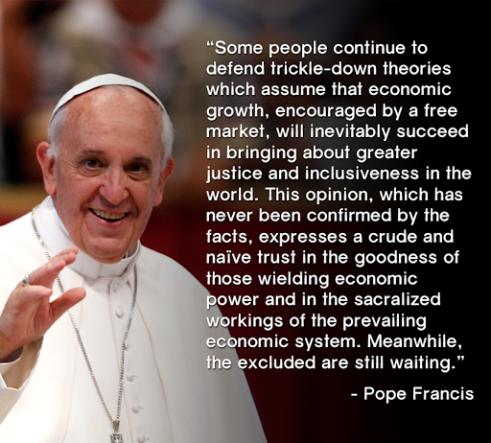