After finally finishing Middlesex, which ended just as brilliantly as it began, I decided to check out The Virgin Suicides, also by Jeffrey Euginides, a book I heard about on NPR called The Mysterious Lost Expedition for the City of Z, and finally, for some lighter fare, The New Jim Crow: Mass Incarceration in the Age of Colorblindness.

So I hopped on the Free Library of Philadelphia’s website, searched for the branch that’s closest to me now that I have a new house, and started ordering.

Unfortunately my order wouldn’t go through. 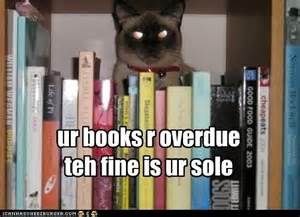 I didn’t know whether to be proud or embarrassed.  It takes, after all, a sort of skill to wrack up a fine of that magnitude, a certain voracity for great literature (or CDs to add to summer beach playlists… whatever).

He, however, was standing in my kitchen at the time and was, to put it bluntly, mildly appalled.

“I’ve returned them all,” I assured him. “And that one there, the Marian Keyes? The $7.50 charge? That was really my mom’s fault because I loaned it to her after I read it.”

9 Responses to “Writing Wednesday: Confessions of a Library Junkie”