The good thing about being, well, happy, is that you don’t mind what other people do or do not do.

Exhibit A: The European is very smart. I’ve always known this about him but as time goes on, I’m starting to realize just how hard (and how constantly) his brain works. I don’t really get his work or why he finds it so fascinating, at least not yet, but the word “genius” would not be entirely inappropriate.

I have a theory about genius-types though, and my theory is this: you only get so many brain cells. And if you use them all (or even the vast majority of them) for thinking purposes, you’re going to be a bit, well, eccentric. 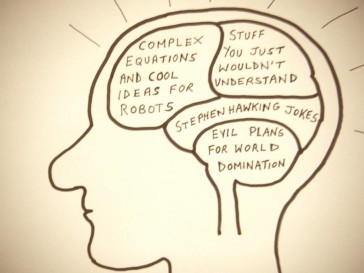 That’s not to say that there is anything wrong with being eccentric. (Or that I am not a bit eccentric myself.) It’s just to say that when you put two people together in a nightclub, they’re going to approach the situation very differently.

One is going to head straight towards the dance floor with her girlfriends. (It is, after all, her birthday.) The other is going to excuse himself to explore the new surroundings.

Old Kat would have been horrified to be “ditched” by her date but New Kat simply said, “Okay, go ahead. We’ll be here.”

When a friend of friend asked where my “boyfriend” had gone (“Doesn’t he know he’s dating a DANCER???”) I bristled only at the nomenclature (we have yet to adopt any sort of formal terms) and not at the implication.

“I don’t know,” I replied, “and I don’t care.” And I meant it, without the slightest shred of bitchiness. I knew he needed a few minutes to get acclimated and I also knew he’d be back, especially once he figured out what happens when a woman in a sequin mini skirt who likes to dance is left alone in a crowded nightclub… but we’ll get to that later.

After a few songs, I went off in search of him just to make sure he was alright because he had, after all, agreed to spend an entire evening with my girlfriends and it felt like the right thing to do.

“Yes, yes,” he assured me. “I will come and dance soon. I just needed to look around.”

“That’s fine. Just promise that you’ll come and make out with me every half hour and I will be happy, okay?”

(He always says “yes” multiple times in a row. I find this adorable.)

So I went back to my girlfriends and kept dancing. For a while, we had ourselves a nice little pocketbook circle. You know the kind: they’re impenetrable, comprised of elbows and pocketbooks and women who actually just want to dance because they are either married or already seeing other people and have, therefore, transcended the desire to hook up with random men.

The problem with pocketbook circles, however, is that eventually their perimeters get breached and men start making their way in. You can’t help it. You’re not even making eye contact, but somehow they get the crazy idea into their heads that if you are at nightclub, then you must want them. It’s like some bizarre reverse Jane Austen effect: a truth universally acknowledged that a woman in possession of a rum-and-cranberry must be in want of a hook up.

No. Actually they don’t.

And somehow, even though you’re doing your best to keep the intruders out (through copious amounts of eye rolling and the strategic repositioning of your pocketbook), they still get in.

It was during one such breach that The European finally made his way to the dance floor. He was horrified, but in a very good natured sort of way, and quickly observed, “So this is what happens when I leave you alone. Now I know!”

We danced for a bit, then he left again (evidently the bartender further from the dance floor was much more liberal with the wine), and then he came back and we danced some more. It was the loveliest of evenings and I wasn’t bothered in the slightest by his little disappearances because I know we process things very differently and a little voice in my head kept saying, “Just let him be him and you be you.”

Besides, it wasn’t like we weren’t going to go home together at the end of the night.

But more on that next time…