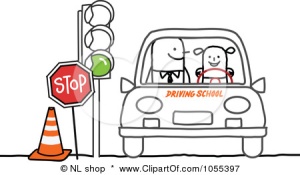 Those smiles are SO fake...

The appearance of Reese’s Pieces Cereal Puffs could mean only one thing: my brother was coming to visit, my dad had gone grocery shopping and my weekend was therefore ruined.

It’s not that I don’t like my brother—I like him quite a lot actually, especially now that we’re both old enough to drink and subsequently divulge the secrets of our love lives.  It’s the mandatory laps through the Ikea parking lot his visits have come to require that I don’t like.

No, my brother’s not particularly obsessed with cheap furniture, not any more than any other 23 year old with an apartment in the suburbs and an eye to buying his first house soon at least.  We go to Ikea because the back lot is amongst the emptiest in South Philadelphia and therefore the least likely place for me take down a pedestrian, a runaway shopping cart or a tree while attempting to shift my dad’s car into second gear.

So yes, I’m still trying to learn to drive stick.

About five minutes into yesterday’s lesson, having stalled the car approximately thirteen times, I found myself banging my head against the steering wheel and shouting, “I hate this car!  I hate this f*cking car!  I hope it blows up!”

(Because if it blew up, my ability to drive it wouldn’t really matter anymore, would it?  Hah!  Take that!)

“That’s a stupid thing to wish for while we’re both sitting inside of the car,” my brother pointed out.

He was right, of course, but given my inability to shift my dad’s car into first gear (let alone second), the thought of becoming a suicide bomber was mighty tempting.  (At least I wouldn’t have to waste another perfectly good Saturday afternoon driving around the Ikea parking lot.)

I took a swig from my coffee mug instead.

“Now,” he instructed, “this time you’re going to shift into second gear.”

(Having spent the past eight months learning from my students, I can be a pretty stubborn five year-old at times.  This was one of those times.)

“Come on.  Guys will think you’re hot if you can drive stick.”

I decided to give it a try.

I shifted.  Successfully.  And for three brilliant seconds, until I reached the end of the parking and had to turn around, I was Mario-freaking-Andretti, cruising along at an extraordinary rate of eight miles per hour.

So watch out world.

Seriously, watch out because I made it all the way from the Ikea parking to the Dollar Tree parking lot today so it’s only a matter of time (six or seven years, I should think) before I take to the open road.