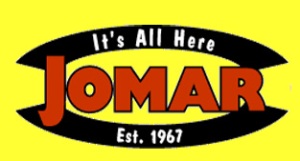 So I know yoga is supposed to be all about cleaning your mind and such but I’ve always believed that physical exertion should be rewarded.  This is why the last time I took a ballet class at Koresh (approximately 2.5 years ago) I headed straight from the ladies room to the Cuban restaurant on Pine St. where I proceeded to recoup any calories I’d previously burned by drinking pomegranate mojitos.

(Just in case you’re wondering, when you go from taking ballet four or five days a week to taking ballet four or five times a year, mojitos are a matter of survival.  I remember standing at the barre, attempting yet another round of grand battements and thinking to myself “Why am I doing this?  Right: because I’m going for mojitos afterwards.”  For some people, ballet is enough of a reward in and of itself.  I am not one of those people.)

A friend of mine is finishing up a teacher training course at a yoga studio in West Philly and she invited me to attend one of her final student-teacher classes.  Seeing as the class was free and not scheduled for some sort of ungodly hour, I accepted the invite and retrieved my yoga mat from the foot of my bed where, admittedly, it had been collecting dust for some time.

The last time I took a proper yoga class was with Date #17.  I am proud to report that this time I was properly clothed (and not hungover) in my very own color-coordinated active wear.

After the class (which was top notch, by the way), I decided I deserved a little reward.  So I headed to Jomar’s, South Philly’s ghettofabulous bargain basement (which is not the same bargain basement as the one that sells the bootyliscious Barbie dolls or the do-it-yourself paternity tests, mind you.  I do have some standards).

In the hopes that I’ll eventually acquire enough of a wardrobe to stop raiding my mother’s closet whenever I have a date, I scoured the racks.  I tried on six one-piece bathing suits, all of which had the effect of flattening my already flat chest, so I gave up on the idea of a “classy” bathing suit and headed over to the cocktail dresses.  There, I found an absolutely gorgeous champagne-colored frock with an asymmetrical neckline and a chic ruffle down the side (here is where I’d insert a photo if I’d had the forethought to take a picture) but then I succumbed to the teachings of… well whoever those wise, Zen, yoga-inclined folks are who make you stop and think “Do I really need this dress?  Do I even have an occasion to wear it?  No.  Probably not.”

So I put the dress back.

And bought three tops instead.

(And this, my friends, is why I should probably stop taking yoga.)

5 Responses to “Why I Need to Stop Doing Yoga”