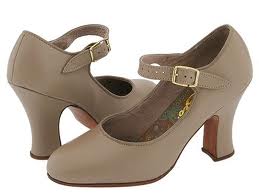 Cardiovascular prowess is not my greatest strength.  This became abundantly clear to me a few nights ago about halfway into my solo tap performance, when, after a series of lightening speed triplets and one-footed wings, my life flashed before my eyes and a little voice in my head said, “Kat, if you don’t slow down, you’re gonna give yourself a heart attack.”

I had, in my infinite wisdom, elected to dance to a flashy Count Basie number, and because I’ve reached a point in my career where I can improvise my way through a three minute piece, I hadn’t bothered to rehearse it—at least not full out.   I’d run through it a few times, just to plot the distribution of my crowd-pleaser steps, but I’d never actually performed the whole routine start to finish without stopping.

As such, when I reached the minute-and-a-half mark, I found myself thinking (in addition to the whole “I’m going to have a heart attack” bit), “Well, wouldn’t it be nice to take a nap right now?”  But the audience was already clapping in time with the music and my students were poised in the wings, watching my every move, and seeing as the entire point of my performance in the Thanksgiving showcase was to inspire them, I figured I had better pull myself together.  And so I did, thanks to a series of judiciously executed chaine turns.

I’m thankful for a lot this Thanksgiving (my new laptop, the fact I managed to quit my job at The Shop well before its annual descent into 24/7 Christmas tunes and finally, my ability to date seventeen men in three months, even if the acquisition of an actual boyfriend and date to the annual Hoopers Island Black Friday Martini Bar Soiree is proving rather difficult) but most of all, I am thankful for chaine turns.  And the fact that my dress didn’t fall down during my performance.

(I was a size 8 when I purchased the bright red, not-quite-knee-length dress back in high school.  On account of its obvious scandal value, said dress had been collecting dust in my closet until this past weekend when I finally decided, “I’m 25 years old!  If I want to tap dance a scandalous red dress, I’m going to tap dance in a scandalous red dress!” but I’ve lost weight since high school, and while this would a cause for celebration under other circumstances, it did not during my heart attack-inducing Thanksgiving showcase performance).

Of course, I didn’t spend nearly a decade in the New Jersey Tap Ensemble for nothing.  I rocked the latter half of my solo, or so the audience thought.  Since they had no idea I’d intended to perform an entire chorus or shuffle pullbacks, they didn’t miss them, and this, of course, is the beauty of show business.  But I could have done better, if I hadn’t nearly succumbed to cardiac arrest, and I hate knowing that I could have done better.

I was just lying in bed minding my own business when I heard the unmistakable twang of a Sou’ Philly string band.  “Mummers!” I cursed under my breath as their trademark banjo music rose above the street.  It’s not that I don’t like the Mummers—I’m actually rather fond of them in a car crash sort of way (by which I mean I am simultaneously repulsed and fascinated by Philadelphia’s particular brand of sequined insanity)—but it wasn’t even 8:00am and the New Years string band competitions don’t start for another month.

Then I remembered the text Date #17 had sent me the night before.  “We’re going for a huge pasta dinner before the race.  Care to join?”  On account of my Thanksgiving showcase performance, I had been forced to decline, but this didn’t stop Date #17 from filling me in on all the particulars.  “Our bibs are tagged,” he messaged me later that evening.  “You can look me up online and track my progress!”

Yeah right.  Like I had nothing better to do than sit at my desk all morning, listening to banjo music at 7:30am and scouring the Philadelphia marathon website for news of my pseudo-boyfriend’s pace… except, well, that’s exactly what I did.

I did eventually abandon my post at my windowsill to take a shower, and I thought about actually getting dressed and heading across the street to cheer on the runners (and Date #17) as they passed by, but overly fit people make me anxious.  Endorphins, you see, are contagious.  One minute you’re just standing on the sidewalk, watching from the sidelines and the next thing you know you’re thinking, “Hmm, I could train to run the half marathon next year… and it might actually help with my shuffle pullbacks.”

Given that I was feeling rather emotionally vulnerable after my near death experience however, I wasn’t taking any chances.  I stayed inside, my nose pressed against the windowsill, and for good measure, I repeated, at regular intervals, encouraging phrases such as, “Don’t those people have anything better to do?” and, “Who do they think they are with their stupid matching running outfits?”

Of course, if Date #17 were to suggest that we start training together, I might change my opinion of marathon runners (mainly because I’d stop being so jealous or their cardiovascular prowess, and I’d have an excuse to add to my growing collection of active wear) but until that happens (“if” being the operative word here), I’m going to have to find another way to not die while tap dancing.

2 Responses to “He Who Took My Breath Away”